Catching the Now with Griffin

His camera’s aperture opens, light streams in through the lens, a shutter clicks and the scene is suspended—ready to be returned to as art, nostalgia, in perpetuity. Griffin, an artist, photographer, and videographer, captures those moments—the ones you want to keep and revisit. By photographing humanity in action, he witnesses some of life’s richest exchanges in a city he calls home—Atlanta, Georgia. We spoke to Griffin to see how imagery on film and frame tells these stories best. 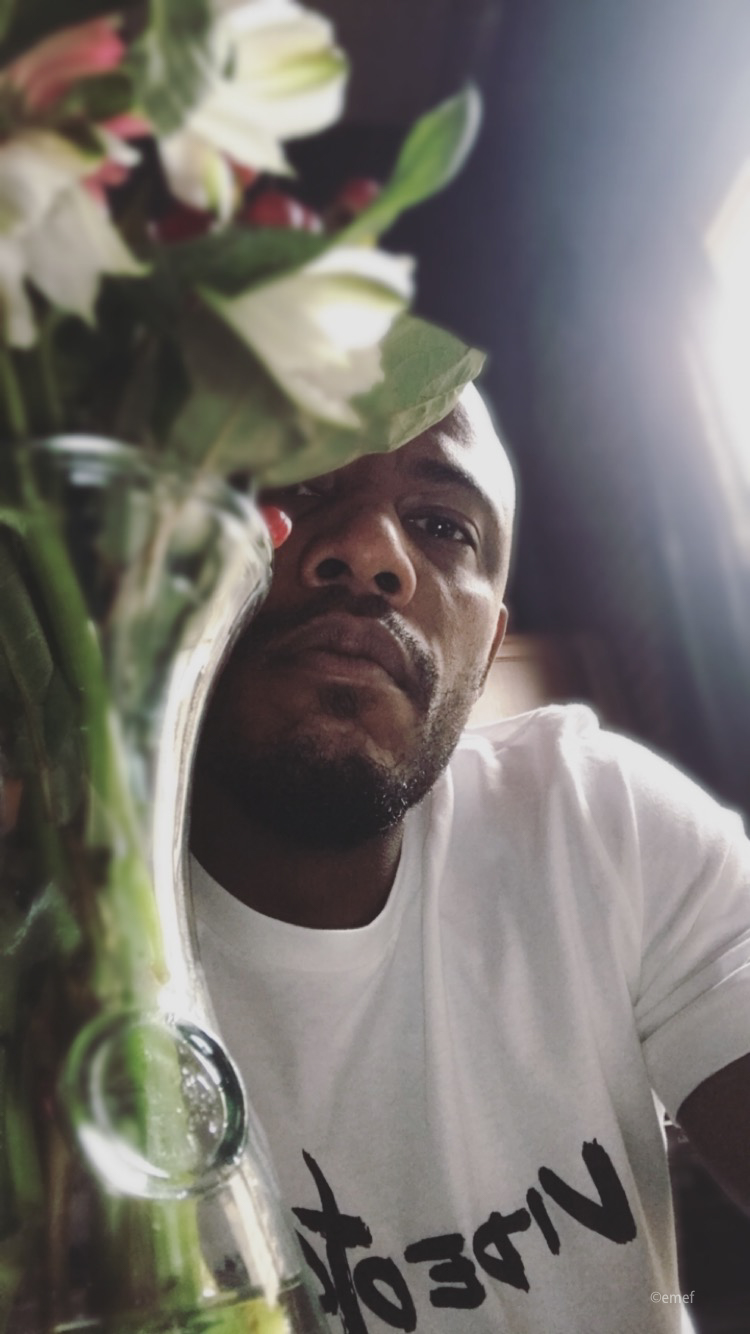 You’ve branded your artistic expression by focusing on positivity. What does being a good person actually mean to you?
Being thoughtful and kind. Being kind is so underrated. What most may think is easy, we have to make a conscious act of selflessness to be kind. Being a good person can be very relative. To me, it involves simply doing your best, then doing a little bit better for extra credit.

How do you distinguish yourself from other photographers and videographers in the area?
I like to catch the now and not tamper with it. It’s like paying respect to those who did it before me. No fancy editing tools. What you saw is what they shot. I’m not into graphics and stuff. I love candid moments. I love it when I catch people laughing or smiling without me having to direct them to. I like catching the emotions and moods.

Who has inspired you as an artist?
Kehinde Wiley, DL Warfield, and 2Chainz are the first people that come to mind. I’m a fan of all of their art but it’s their work ethic that inspires me the most. Drake is another person who deserves everything he has.

Then you have Spike and Tarantino. I love those two. I wish they got along, but I get it. Nabil, Donald Glover, M. Knight, Spielberg, Jordan Peele, Steven King, Kanye… Can we agree to disagree? I get what he be tryin’ to say. There are these two kids on IG, Danny Roy, and Jack Bannon. They’re so good!

My brother wrote a book. I’m very proud of him for that. He doesn’t remotely claim to know it all, nor is he the most technically inclined or skilled on Earth. But he’s genuine and authentic and you know exactly who you’re dealing with all the time. No guessing. He has no shame in asking for help. If you don’t help him, he just goes on and does it himself. Right or wrong, it’s getting done. If it isn’t polished, oh well. That’s how he’s gotten through life— not waiting or overthinking s***. This is what made him a published author (still sounds crazy to say that)! He created an entire YouTube career with just an iPhone. Amazing.

Describe your day-to-day. How do you get in your zone?
Well, it starts around four or five every morning. Some days I do a 10-15 minute bike ride… Some days it’s a pit stop at the gym. Some days I’m in bed for an hour just thumb-scrolling. I hate it, but hey, these are the times we’re in now — it used to be the newspaper. I justify it by calling it meditation. I don’t like leaving home much, so from seven to nine in the morning, I’m trying to figure out all the errands I have. I like to move through the city between 10-2 pm for obvious reasons. As far as creating, there’s a 90% chance I’ll have a camera with me. I’m snapping all day. When I edit, I can edit a photo in the middle of a war zone but with video, my place needs to be clean with an incense burning. I need to be in complete silence. Don’t say sh** to me when I’m cutting video. I will not be a good person. Most of my editing is done in the middle of the night when the phone isn’t ringing or when distractions are less frequent.

Point-and-shoot or DSLR?
Both… I think I have 14 cameras. I know its dumb, don’t ask.

Why is Atlanta the perfect place to showcase ‘good’? If it’s “showcased”, is it authentic or an act?
I never want to make Atlanta the prime focus. This entire world should be our playground to practice on. There’s plenty of good to go around these days.

You’ve talked about art being a worthy investment. How do you make this case?
Mentally, art preserves a place in time. Two places in some cases; one when the artist created the medium, another by the person who bought it. Take a photograph of the Twin Towers, for example. I’m pretty sure when you read, “Twin Tower”, it immediately takes you somewhere. Imagine all the different places that one photo means to thousands of people. I’d like to think that we invest in art that makes us feel good. We buy the things that speak to us.

A happy photo, something humorous, something gangsta, something inspiring… whatever it is, it was meaningful enough for you to say, “You know what… I like that! Ima get that!” Those pieces of Grace, Audrey or Marilyn make you feel glamorous. On the flip side of this… an investment in art can fuel the community. It spikes creativity in the youth. It broadens our options to survive. Self-expression is therapeutic. We can get deep and talk about this for days but overall, my best answer is, “BECAUSE YOU CAN AFFORD IT!!!!” If you can afford a $1,000 bottle at the club, you can afford a $1,000 piece of art; and we all like art. I know people do because they keep decorating their crib with stock s*** from Ikea.

What’s up next for you?
Not certain if it’s next but definitely a short-term goal of mine to shoot and direct a film, then tour at every film festival possible!

Find more work from Griffin at EmefGriffin.com or Instagram.