“Our self-care has to be for us by us, to borrow a slogan.”

Words by Lakecia Hammond
Images via Ourselves Black

Narratives like ours look a little different. They’re consciously tested by societal barriers that show up throughout our lifetime. They take shape differently for everyone. But they’re ours. And at a time when black mental health is as important as ever, we’re still told to toughen up and push through our issues, instead of finding peace. In 2018, a group of Atlanta-based HBCU alums, psychologists and creatives decided to showcase a myriad of black stories, their intersections, with hopes that people could resonate, listen, and heal. Dr. Sarah Vinson, Editor in Chief of Ourselves Black Magazine made that her mission.

Bevel Code: Congratulations on your first print issue of Ourselves Black. I picked up a copy and there’s really nothing like it. Can you give us a recap of how Ourselves Black came to be?

Sarah Vinson: Ourselves Black was a collaborative effort that drew from the expertise of a Creative Director, Managing Editor/Professional Writer and psychiatrist. The three of us felt that we could create something that was special – needed, relevant and truly beautiful. As a psychiatrist, I know that be it issues with stigma, access or even the fact that I can only see so many people directly, there are so many people who will never make their way into my office. Culturally-tailored information about black mental health is critical, not only for individuals but for our communities.

You have a slew of perspectives covered in the first issue of OB. What was the most inspiring story for you personally?

I was really touched by the bartender story. It was a powerful illustration of the influence of early examples, women supporting one another, and how there truly is mental health in all things.

OB recently had a booth at Afropunk Atlanta. Why was it important to get the word out about the publication at this event specifically? Are there plans to hit other Afropunk cities?

While attending Afropunk in Brooklyn this year, strictly for fun, I realized this is the intended audience for Ourselves Black. The creativity, vibe and unapologetic blackness were all in alignment with who we are. There are no other domestic Afropunk events this year and I won’t be able to get away for any more 2020 ones, but come 2021, I’d love to have us represented at multiple events.

For 40 years, black men were involved in a racist and unethical study called the “Tuskegee Study of Untreated Syphilis in the Negro Male” where black men with syphilis weren’t properly aided when a treatment existed at the time. How do you think that impacted black people and their reluctance to science-based medicine or therapy?

I think this definitely impacted the black communities’ perception of medical care in the United States; however, sometimes I feel as if the impact of the study is overstated as a way to diminish the detrimental impact of ongoing, current structural and interpersonal racism in medicine. The mode number of therapy visits is one. If the front desk staff or environment is welcoming or if the clinician lacks cultural competence or is unable to establish a rapport, that’s going to be a bigger factor than Tuskegee. 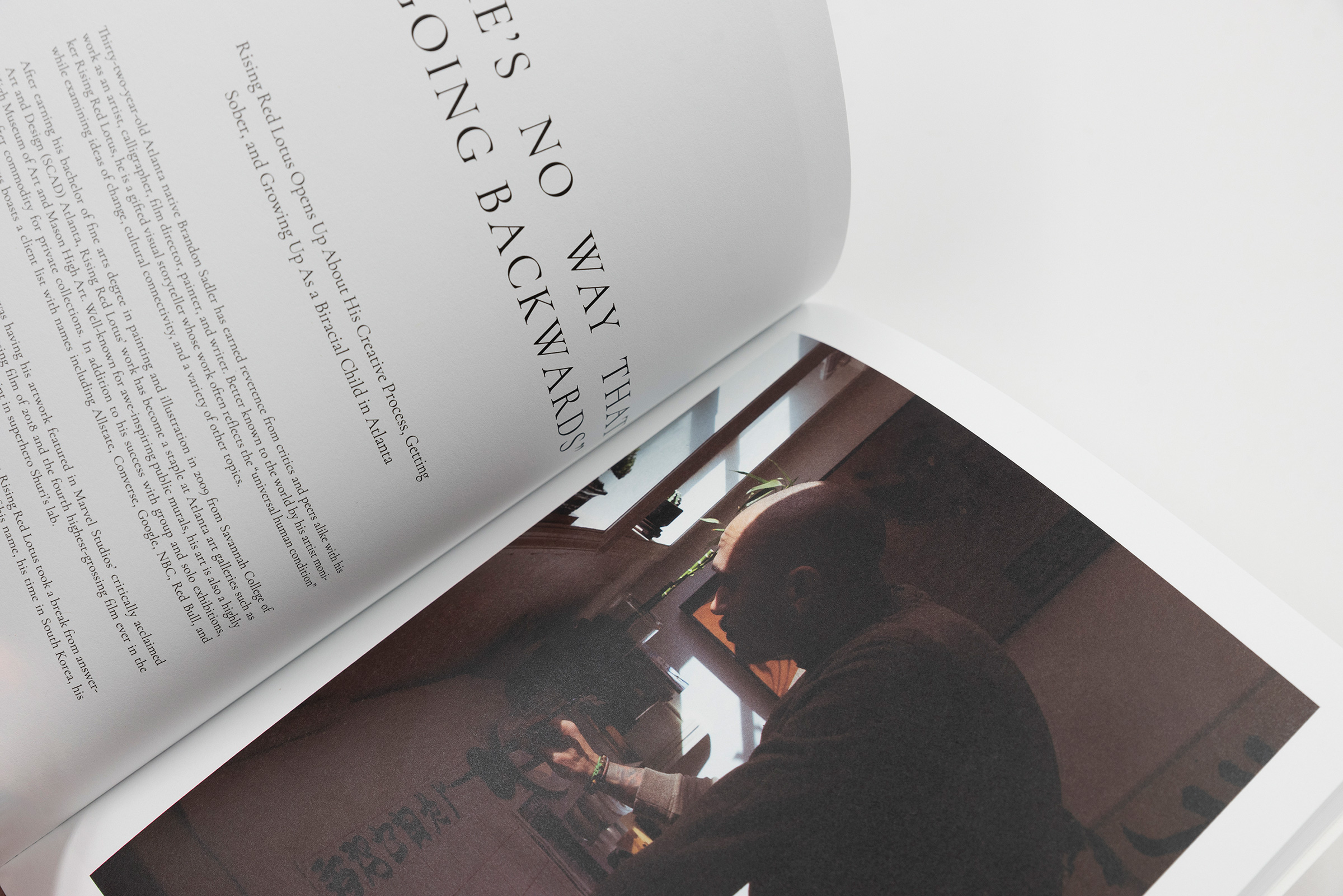 Other psychology publications aren’t nearly as focused on the black experience. Additionally, nothing I’ve seen has been so raw and visual. Why was it important to have a magazine that people actually wanted to have at home on their coffee table?

People often go to therapists for help but it would be naive to assume that therapists didn’t have their own mental issues to cope with. How do you carry this weight, especially as a black woman?

Radical self-care is non-negotiable. I vacation every quarter, have a ½ spa day every month, work out 5 days per week and see my family frequently. Yes, I see people at their lowest and have to hear and take in some traumatic content, but I am also filled, both personally and professionally, by my patient’s strength and resilience.

With the swell of police shootings of unarmed black men, the school to prison pipeline, and the prison industrial complex, people are angry. How can young black men self-care when an entire nation seems to be against them?

One is knowing who they are and their history. State violence against black men and systems shuttling blacks into jails is not new – even though the degree of media coverage and diversity of commentary concerning it is. I remember being surprised that so many black people were surprised by the Trayvon Martin verdict as it was entirely consistent with the devaluation of black lives that has been pervasive in this country since its inception. Our self-care has to be for us by us, to borrow a slogan.

“At the root of self-care, is self-worth.”

Unfortunately, the broader society will not provide messaging that promotes. Black men and those who love them must be intentional about taking in information and narratives that underscore the value of black men, black women, black families and our community at large.

Issue 2 of Ourselves Black is currently in the works, and needs you to help make that happen. Issue 1 is available for purchase. Get involved, sponsor or donate to OB at ourselvesblack.com.